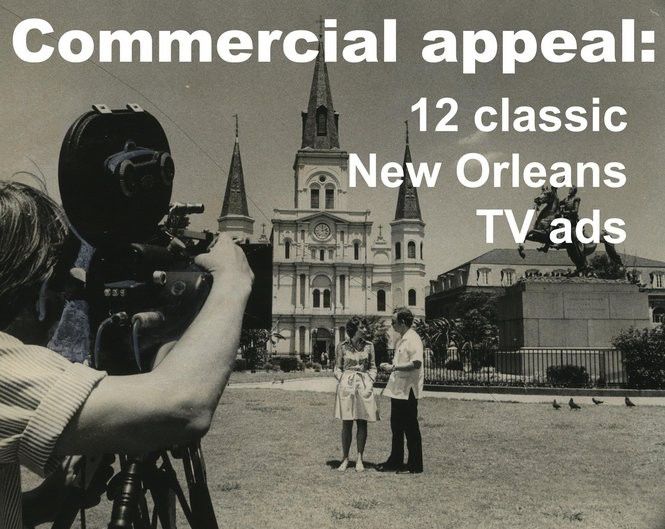 Some advertisers, disregarding the troubled economy, are filling New Orleans television screens with non-stop exposure of the same commercials and slogans, day after day, an indication their spots must be working. Here are a few that might provide some ideas for other advertisers around the nation.

Large auto dealer: Owner Ronnie Lamarque seems to be betting his business on his own well-known personality and voice. In December 2009, accompanied by a small musical combo, he devoted his commercials to singing about the then red-hot New Orleans Saints. Later he did another commercial singing a Christmas carol. He made little mention of the cars he wants to sell.

Trial lawyer: Morris Bart, the dean of advertising lawyers in New Orleans, has established a solid reputation. He was the first to dare run commercials, starting in 1984 and never stopping. He now focuses on the ease of suing big companies. “One Call, That’s All.” He says he does the rest. Although he now has offices in several cities in the area and his website lists 39 attorneys, the commercials imply that he will personally handle each case.

Social agency: Jim Leblanc, president of the Greater New Orleans Volunteers of America, has been using the same commercial for months to solicit used cars. He stands next to a 1950s classic model (an attraction by itself) and says “not every car can be a classic.” But he adds that every used car donated to his agency can help needy people. “And you can still get a tax deduction,” he adds.

Car dealer. Two bright looking young brothers started another campaign literally screaming descriptions of their cars and prices. They end each commercial with: “Shucks, who can do better than that?”

Trial lawyer: As a huge 18-wheel tractor trailer roars in from the background, veteran personal injury attorney Michael Hingel tears a check in half, as he always does, and says “Before you accept a quick check, check with me.” With an eternal stern look, Hingle tells anyone who has been hit by an 18-wheeler to check with him and those 18 wheelers "won’t be so big.”

Local banks: Clarinetist Pete Fountain endorses First Bank & Trust, saying he likes it because it’s “online all the time.” That’s a benefit nearly all banks now offer. However, the commercial works well because Fountain is so loved in his home town and his smile is genuine.

Meantime, New Orleans Saints Coach Sean Payton and Saints Quarterback Drew Brees are known to be close friends on and off the field. However, they endorse competing banks in a steady stream of commercials.

Note that all of the above commercials focus on local personalities. And all of them, except Fountain, Payton and Brees, are either owners or managers of the organizations they are advertising.

At least two other small companies use kids in their advertising, possibly trying to duplicate the success of a little girl in one of the city’s classic radio commercials. But television is a tougher medium for kids and their writers to conquer. Besides, legends are tough to match.

Proven Ways on How to Make Money on Instagram in 2021

How To Increase Views & Followers On TikTok?

How do you trick a slot machine?